Learn More
*Some restrictions apply, click "Learn More"
Settings
More
Verify Your Email
In order to vote, comment or post rants, you need to confirm your email address. You should have received a welcome email with a confirm link when you signed up. If you can't find the email, click the button below.
Resend Email
Reason for Downvote?
Login Sign Up
22
gudishvibes
2y

My local library still hasn't noticed the change of name. They need to stop using a default password for the printer! Imagine how users would feel knowing private documents they scanned can be seen elsewhere? Making good passwords either needs to be incentivised, or factory passwords should be generated. Or I guess one day, people and maybe companies too will have such trash IoT security everywhere else too that you get the smart home hack from Mr Robot. 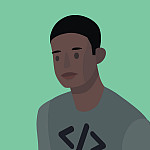