Learn More
*Some restrictions apply, click "Learn More"
Settings
More
Verify Your Email
In order to vote, comment or post rants, you need to confirm your email address. You should have received a welcome email with a confirm link when you signed up. If you can't find the email, click the button below.
Resend Email
Reason for Downvote?
Login Sign Up
5
molaram
240d

Tons of tons of tens of hundred pages of bullshit and debate and comments and what the fuck not over a fucking WEBSITE. I haven't seen this much bullshit flying around when fucktards voted trump for president.

I'm DNS shitholing all this fucking thing, right now it costs me more time to dig through piles of human garbage than it saves me on occasion

PS I'm not even sure I wouldn't just delete that whole fucking thing if I could. And have those fuckers dig holes in the ground to make themselves more useful. All this shit does is to make it easier for retards to jump on the software development bandwagon ruining the market for everyone else. 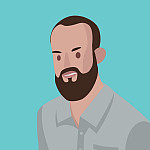