Learn More
*Some restrictions apply, click "Learn More"
Settings
More
Verify Your Email
In order to vote, comment or post rants, you need to confirm your email address. You should have received a welcome email with a confirm link when you signed up. If you can't find the email, click the button below.
Resend Email
Reason for Downvote?
Login Sign Up
16
Ederbit
3y

Ok Storytime.
Yesterday I applied for a summerjob as a Software/Webdeveloper at some companies. Today I got a call and they tell me I have the job. When I asked what kind of things I will have to do there the Recruiter didn't really know, so I accepted because fuck it.
Later I got told that somebody from the team will be calling me. So i ask that guy what I'm going to be doing and he tells me they have a old sharepoint application that they need to migrate to a new sharepoint version.

So I read up on sharepoint and find out about the languages ASP.NET supports aaaaaand it's about my least favorite language C#. (Well actually that would be Visual Basic but nevermind) We did some C# in school but I never got fond of it.
But hey learning something new ain't so bad or is it?

What are your thoughts on Sharepoint, ASP.NET and C#? 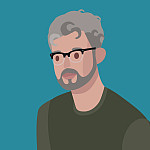