Learn More
*Some restrictions apply, click "Learn More"
Settings
More
Verify Your Email
In order to vote, comment or post rants, you need to confirm your email address. You should have received a welcome email with a confirm link when you signed up. If you can't find the email, click the button below.
Resend Email
Reason for Downvote?
Login Sign Up
15
ltlian
343d

JavaScript is a rollercoaster. From "Golly hello world is easy and I can make webpages now", to "wtf '1'+1 is '11' kill me now", to "it's not be that bad if you know how to use it", to discovering typescript and it starts feeling like a real language.

... until you can't build the project because you have too many types so you blow the memory limit in node. I can up the limit, but I can't guarantee that we won't blow past this in the future. Browsing issues on the ts repo reveals that this has been a thing for years.

Sticking with the rollercoaster analogy I'm now at "Burn it all to the ground". 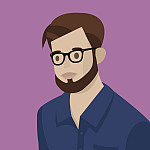