Learn More
*Some restrictions apply, click "Learn More"
Settings
More
Verify Your Email
In order to vote, comment or post rants, you need to confirm your email address. You should have received a welcome email with a confirm link when you signed up. If you can't find the email, click the button below.
Resend Email
Reason for Downvote?
Login Sign Up
5
angry-ak
39d

I'm tired of react.js' overbearing presence in almost all facets of development. It doesn't matter what kind of job postings I see, Front- or Backend Developer, a baffling amount of companies want react, react-native, next.js, etc. I'm exhausted by people singing high-praises to its name, hearing ad-nauseam, that it is the most immaculate 'framework' to ever exist. Everything that react does makes - of course - sense and is the only logical way to do web-dev and the react-way worms it way to other technologies as well.

"React is the fastest, bestest and most popular ever and you should feel ashamed for not having mastered it. By the by, since it's so easy to use and learn, if you can't build a high-complexity enterprise SPA within a week with it, you must suck as a dev".

True, nobody words it like that, but that's how I feel about almost any react related articles that pops up every single time. I couldn't get into react. I didn't find it easy and I never could adopt that thought-model necessary to work with it for any even mildly complicated SPA and boy, did I get some nasty feedback for it. I get it, I do. I'm slow and definitely not proud of it, but react simply makes no sense to me. I'm not even saying that react is bad. It's just not my kind of technology. The fact that I used nest.js for a backend application makes feel bad, because it's "too much like Angular".

Everything has to be "react" nowadays and that's how I feel every single day, while I have that damocles sword looming over my head.

The current dev-world makes me want to abandon anything IT related at this point. It's simply not fun, it's more suffocating than it ever was. 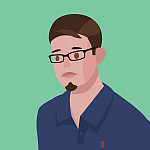