Learn More
*Some restrictions apply, click "Learn More"
Settings
More
Verify Your Email
In order to vote, comment or post rants, you need to confirm your email address. You should have received a welcome email with a confirm link when you signed up. If you can't find the email, click the button below.
Resend Email
Reason for Downvote?
Login Sign Up
15
GiddyNaya
12d

I was reluctant to try out flutter earlier on because of claims online stating that hybrid frameworks aren't there yet. That's one hell of a crap!
I fell in love with flutter after completing my first flutter app. Shit was just too easy. So many helpful libraries which has eased my overall workload lately.
We built a Native Android app which took 2months+ to complete and I just finished porting it to flutter for iOS and Android in 3 weeks. Boss was happy, Client was happy, I am freaking joyous, everybody is happy!

From the mouth of a Native Android Dev with over 5yr of exp. This shit called flutter is worthy of all the hype. I fucking kid you not!

I don't know about the past... I assume it was shitty then cus I also blasted it based on git issues but now it seems even more faster to build production worthy apps than anything I've encountered. 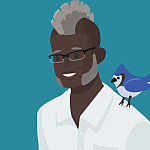