Learn More
*Some restrictions apply, click "Learn More"
Settings
More
Verify Your Email
In order to vote, comment or post rants, you need to confirm your email address. You should have received a welcome email with a confirm link when you signed up. If you can't find the email, click the button below.
Resend Email
Reason for Downvote?
Login Sign Up
7
deadlyRants
43d

Mozilla, can you release your stupid UI updates once they're actually out of beta? The UI seems fine I guess, I don't care.

But why the fuck is the browser freezing up at least twice a day now? And why the fuck does it then restart with 1-2 fewer tabs but an additional tab that I had open half a week ago?

Maybe next time don't fire a quarter of your employees and then pay out the gain to your shitty CEO. If I wanted crashing browsers by shady companies there would be enough competition. 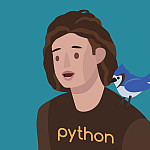