Learn More
*Some restrictions apply, click "Learn More"
Settings
More
Verify Your Email
In order to vote, comment or post rants, you need to confirm your email address. You should have received a welcome email with a confirm link when you signed up. If you can't find the email, click the button below.
Resend Email
Reason for Downvote?
Login Sign Up
14
jpichardo
3y

In the project I'm working there is an strict rule : NO COMMENTS!!!

I mean wth, the times I've spend hours trying to understand the crappy legacy code in VB.Net that has been there almost decades, that wouldn't happen with comments, I know i know there are some supernatural developers that think in binary and their eyes work as compilers, but I'm not like that, so seriously go to hell.

P.S. Of course I follow that rule, after all, my code is so damn perfect that even a baby can understand it. 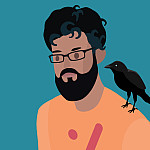