Learn More
*Some restrictions apply, click "Learn More"
Settings
More
Verify Your Email
In order to vote, comment or post rants, you need to confirm your email address. You should have received a welcome email with a confirm link when you signed up. If you can't find the email, click the button below.
Resend Email
Reason for Downvote?
Login Sign Up
5
kamen
3y

I'm calling you out, Asus, fix your absolutely shitty piece of software or I'm never buying a motherboard from you again.

A little explanation: my PC woke up from sleep like this. On another occasion before I could take the screenshot, the CPU was sitting almost idle at 45 degrees C. The CPU fan senses that it has to spin up, but never actually does so.

I've had the opposite thing before - a case fan spinning up not wanting to spin down even if the temps are fine - which is preferable because it only causes a little bit of noise. But this here could potentially cause damage to the CPU if I put some load on it without looking at the temperature. I've partly remedied the issue by writing a batch script that kills and resets the fan control service and is triggered by Task Scheduler on resume from sleep - a thing every average Joe should do, right?

It's a shame for top-notch hardware to have to go together with such crappy piece of software. This is the X99 Sabertooth that cost me 450 EUR originally. 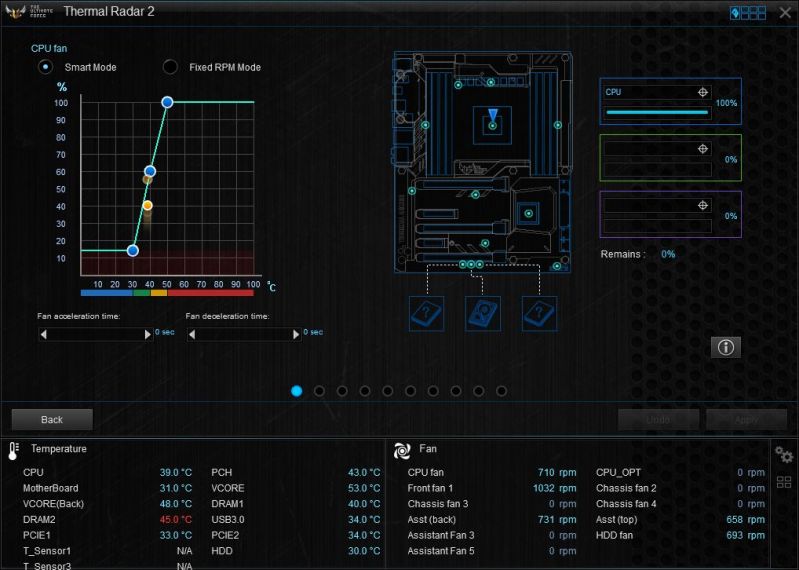