Learn More
*Some restrictions apply, click "Learn More"
Settings
More
Verify Your Email
In order to vote, comment or post rants, you need to confirm your email address. You should have received a welcome email with a confirm link when you signed up. If you can't find the email, click the button below.
Resend Email
Reason for Downvote?
Login Sign Up
18
Floydimus
7d

A BIG SHOUTOUT TO MY FRIEND @theKarlisK

He is the real MVP.

We both spent the weekend to setup OpenVPN + Pi-Hole on Oracle free tier.

He hand held me through the entire process, was super patient with my silly queries and in fact explained me everything so well that it got imprinted in my mind.

And ofc, he was super quick to debug and resolve issues and handed me all the commands for quick execution.

Super glad to have worked with him on this project. 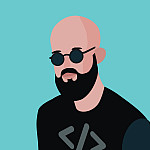