Learn More
*Some restrictions apply, click "Learn More"
Settings
More
Verify Your Email
In order to vote, comment or post rants, you need to confirm your email address. You should have received a welcome email with a confirm link when you signed up. If you can't find the email, click the button below.
Resend Email
Reason for Downvote?
Login Sign Up
51
Most rage-inducing work experience?
Week 278 Group Rant
Root
67d

Week 278: Most rage-inducing work experience — I’ve got a list saved! At least from the current circle of hell. I might post a few more under this tag later…

TicketA: Do this in locations a-e.
TicketB: Do this in locations e-h.
TicketC: Do this in locations i-k.
Root: There’s actually a-x, but okay. They’re all done.
Product: You didn’t address location e in ticket B! We can’t trust you to do your tickets right. Did you even test this?
Root: Did you check TicketA? It’s in TicketA.
Product guy: It was called out in TicketB! How did you miss it?!
Product guy: (Refuses to respond or speak to me, quite literally ever again.)
Product guy to everyone in private: Don’t trust Root. Don’t give her any tickets.
Product manager to boss: Root doesn’t complete her tickets! We can’t trust her. Don’t give her our tickets.
Product manager to TC: We can’t trust Root. Don’t give her our tickets.
TC: Nobody can trust you! Not even the execs! You need to rebuild your reputation.

Root: Asks four people about <feature> they all built.
Everyone: idk
Root: Okay, I’ll figure it out on my own.
TC: Stop making it sound like you don’t have any support from the team!

Root: Mentions asking question about blocker to <Person> and not hearing back. Mentions following up later.
<Person>: Gets offended. Refuses to respond for weeks thereafter.

Root: Hey boss, there’s a ticket for a minor prod issue. Is that higher priority than my current ticket?
Root: Hey, should I switch tickets?
Root: Hey?
Root: … Okay, I’ll just keep on my current one.
Boss: You need to work on your priorities.

Everyone: (Endless circlejerking and drama and tattling) 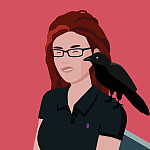