Learn More
*Some restrictions apply, click "Learn More"
Settings
More
Verify Your Email
In order to vote, comment or post rants, you need to confirm your email address. You should have received a welcome email with a confirm link when you signed up. If you can't find the email, click the button below.
Resend Email
Reason for Downvote?
Login Sign Up
2
Pickman
330d

Guys. Seriously. Get a grip. I get it. The new laws are not perfect. Some will even say that they suck. But you cannot tell me that the current laws were okay and covered all bases on copyright. Getting it under control is a process and it will require us as citizens to make meaningful choices with our votes. But simply repealing the law outright is not necessarily the best choice. We need to get a good idea on what is right and just, what is legitimate and then criticize the law. Being against it because it's a trending topic is not cool. It's moronic. E.g. Wikipedia won't die over this. Public content won't die over this. Some content will be more restricted because the copyright owner wants it to be. The implementation will be difficult but this does not mea that it will hurt liberties of the citizen. If anything quite the opposite. It's kind of amusing seeing people call privacy i to this. Privacy laws are unchanged. I'm all in favor of activism (and hacktivism) but let's do it right. 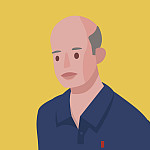