Learn More
*Some restrictions apply, click "Learn More"
Settings
More
Verify Your Email
In order to vote, comment or post rants, you need to confirm your email address. You should have received a welcome email with a confirm link when you signed up. If you can't find the email, click the button below.
Resend Email
Reason for Downvote?
Login Sign Up
13
castarco
58d

- A girl asks on FB how to deal with a problem in her Windows computer: the system is asking her to introduce the serial key.

- I comment her the possibility of using Linux in case her use cases are simple enough (web, music, videos).

- First reactions are even enthusiastic, some people who had good experiences join the thread to express their delight with Linux.

- Then a guy arrives to tell us how irresponsible we are, telling a poor girl who does not even know how to introduce the serial key... to use Linux (a super complex system!)

- So I tell the guy that Windows is not simple at all, and that most of the times, people just rely o knowing someone else with higher expertise than them, who always end up paying the price of solving the problems caused by Windows, so the users don't really feel how painful is Windows compared to other systems.

- The girl, who was enthusiastic at first, and seems to be not very bright, to say the least, completely misunderstands my answer. She interprets that I'm insulting the poor guys that act as IT service for free, and calls me a "know-all/smartass" (those words are not even close to their Spanish counterpart on pushing down people who know stuff, we are experts on that there, we didn't loose an empire in the 17th century by respecting the wise ones).

This is, in part, why I stopped helping those dumbasses 18 years ago. I forbid myself to learn anything new about Windows (at user level) so I couldn't help these ungrateful and ignorant people who don't make any effort to learn anything by themselves. 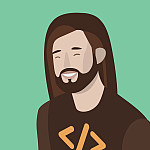