Learn More
*Some restrictions apply, click "Learn More"
Settings
More
Verify Your Email
In order to vote, comment or post rants, you need to confirm your email address. You should have received a welcome email with a confirm link when you signed up. If you can't find the email, click the button below.
Resend Email
Reason for Downvote?
Login Sign Up
40
EDragon
2y

I just had my very first salary negotiation in my entire life and now I just want to hide under my bed.

Why is it so damn painful!?

It’s not like I’m asking for sacks of money, but I also have to think about what allows me to have a place to live & what valuable skills I offer
Both parties should get an acceptable outcome right!?
Like there’s no insurance, no benefits.
Having this conversation so soon may have been a mistake. Fuck
I hate this feeling!

Ok wake me up in January 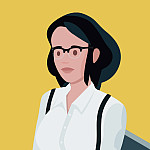