Learn More
*Some restrictions apply, click "Learn More"
Settings
More
Verify Your Email
In order to vote, comment or post rants, you need to confirm your email address. You should have received a welcome email with a confirm link when you signed up. If you can't find the email, click the button below.
Resend Email
Reason for Downvote?
Login Sign Up
6
billgates
84d

!Dev but reading this is just depressing along with the recent NATO news....

TLDR: the party is over, it long has been and unless your priveliged or old already, we're all screwed.

-Hard work != Success
-Climate change will end us all

Me extrapolating solutions:
-Restart the world again/wipe out civilization (sorta like Dr. Stone)

-Just don't give a fck, accept Extinction and not care about the future generations 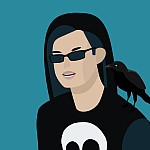