Learn More
*Some restrictions apply, click "Learn More"
Settings
More
Verify Your Email
In order to vote, comment or post rants, you need to confirm your email address. You should have received a welcome email with a confirm link when you signed up. If you can't find the email, click the button below.
Resend Email
Reason for Downvote?
Login Sign Up
0
screamingwtf
233d

I was looking at 2019 stateofjs survey. I'm really surprised with all this hate towards Angular. I've been using Angular for past 3 years now, and apart from the mess with versions, I think it's the most complete and beautiful framework out there. I get that not all the people like Angular that much as me but 38% satisfaction (compared to 78% for preact and 88% for svelte for example) in my opinion is craziness. 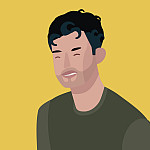