Learn More
*Some restrictions apply, click "Learn More"
Settings
More
Verify Your Email
In order to vote, comment or post rants, you need to confirm your email address. You should have received a welcome email with a confirm link when you signed up. If you can't find the email, click the button below.
Resend Email
Reason for Downvote?
Login Sign Up
18
TwiN
3y

Is a bachelor's degree worth it?

Context:
Up until yesterday, I was planning on not getting a Bacherlor's degree related to programming. I'm currently an intern and I believe that they'll want to keep me afterwards. Even it they don't, my old boss has a junior developer position opening soon and he asked me if I was interested.

I think I'm a good programmer, but I'm not here to boast, but rather, I want to know your opinion:
Is getting a bachelor's degree in software engineering worth it?

I know this topic is not new and has been asked in many forums, but I noticed a repetitive trend: people who have the degree say it's worth it and people who don't say it's not.

TL;DR:
Is getting a bachelor's degree in software engineering worth it? Why? 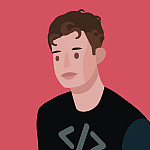