Learn More
*Some restrictions apply, click "Learn More"
Settings
More
Verify Your Email
In order to vote, comment or post rants, you need to confirm your email address. You should have received a welcome email with a confirm link when you signed up. If you can't find the email, click the button below.
Resend Email
Reason for Downvote?
Login Sign Up
13
Xoka
2y

Anybody loves python? I don't know why, but the more I use python, the more I seem to hate it. Specially the poor naming of the functions are just horrible! specially when you've been following the #CleanCodePrinciple strictly.

in python some functions are like "dothisorthat" and some are "do_this_or_that" some are "doThisOrThat". I mean, why can't you just follow an unified rule?

and there's this fragmentation between python 2 and 3! whether in stackoverflow or in youtube/udemy, a lot of them used python 2 and some uses python 3. I mean, can't they have some BackworkSupports? 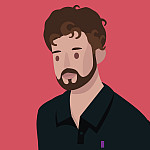