Learn More
*Some restrictions apply, click "Learn More"
Settings
More
Verify Your Email
In order to vote, comment or post rants, you need to confirm your email address. You should have received a welcome email with a confirm link when you signed up. If you can't find the email, click the button below.
Resend Email
Reason for Downvote?
Login Sign Up
456
dfox
6y

EDIT: devRant April Fools joke (2017)
-------------------------
@trogus and I have had an absolute blast working on devRant over the last year. However, we're strong believers in only working on a project if you're passionate about it, and over the last few months, we've sadly lost some of that passion so we've to announce, with heavy hearts, that we will both be moving on. We've decided to focus 100% of our energies on our next product, one which we are confident has billion dollar potential: Semicolon JS (http://semicolonjs.com).

We identified this sizable market opportunity as we were building out the new devRant website. Every JavaScript framework we tried left us wanting more. More efficiency. More elegance. More extensibility. That's what Semicolon JS is: more. More than a framework, it's a guiding philosophy. We believe that Semicolon JS will do for front end development what Material Design has done for user interface design. We're calling it Semicolon JS because even though you can still develop JavaScript without it, like a semicolon, we think it will soon become a standard and synonymous with quality JS development.

So comes the obvious question. What will happen to devRant? We wanted to make the announcement today because we will be officially shutting down the product in 30 days. So that gives everyone a full month to take in the last memories, look at those rants they really loved, and hopefully take some time to chat with @trogus and I about Semicolon JS and what we have planned.

With so many thanks and looking towards the future,
- @dfox and @trogus 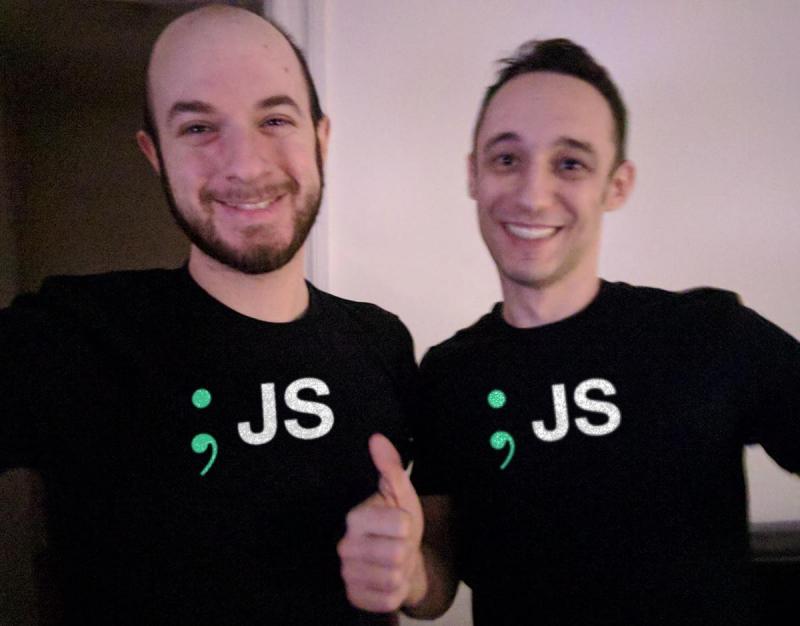